Base price includes: 1 character, 2400x3000 px 300 DPI .PNG file, solid/simple or transparent background. 2 versions will be sent to the client: 1 with watermarks for sharing to social media with credits, and 1 without watermarks. 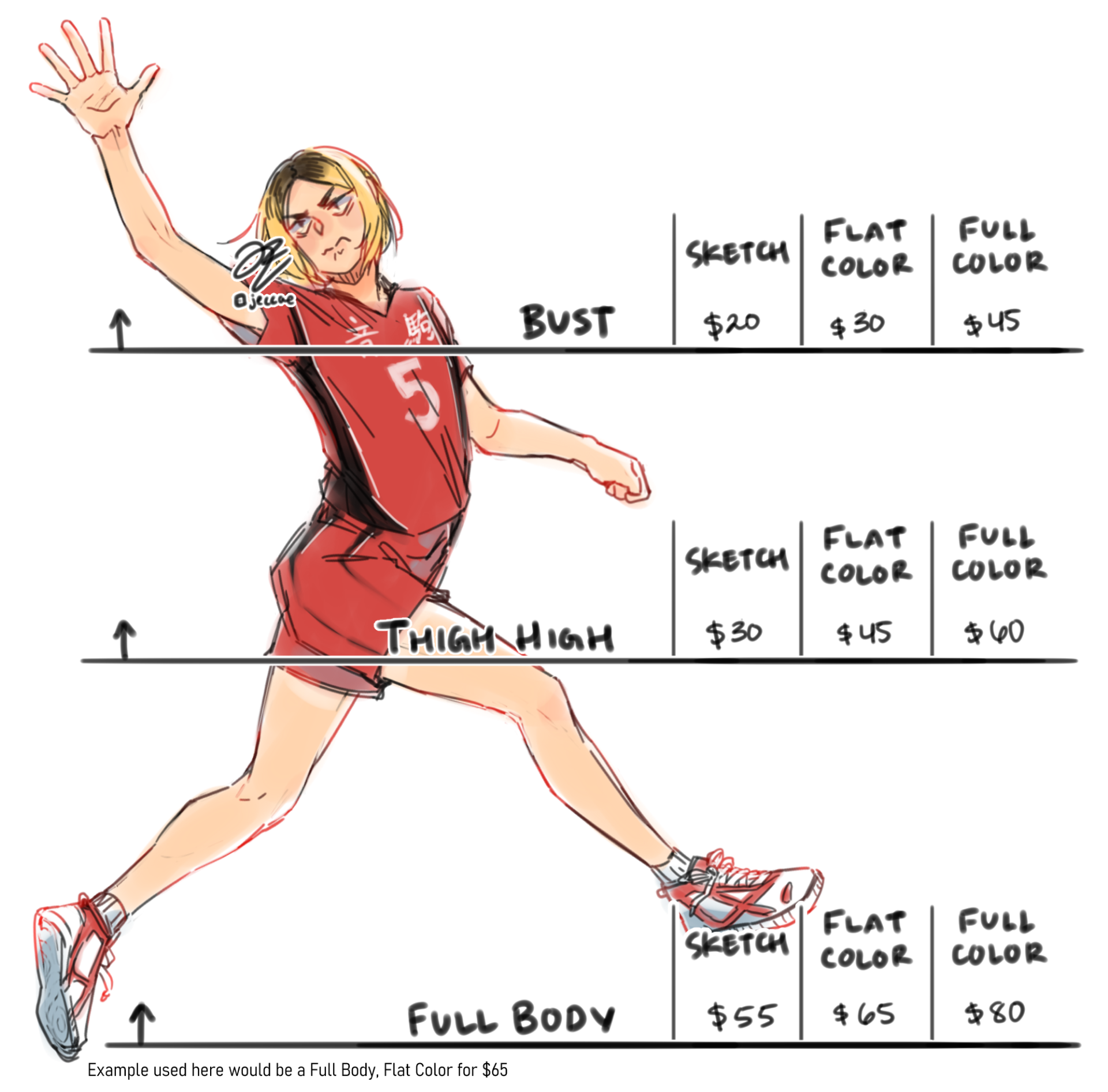 Your message has been sent.
Please check your e-mail regularly for my response!
- JeccaE

If you have not received a response within 2 weeks,
please feel free to send a follow-up e-mail or DM!